Recently, Google once again return to China process took a step forward, Google has set up a server in China measured, especially for the version of the Google Play store using a red design, does not include music, books and film resources. Then the user can Binding CUP card to buy applications and games. However, due to the localization of a number of obstacles, the time scheduled for the end of the year on the line may be dragged next year. 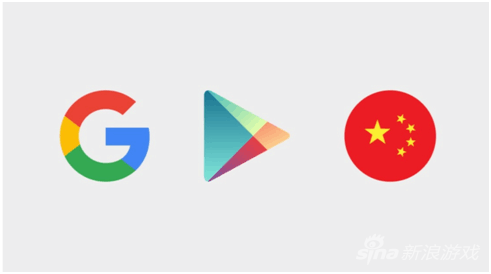 With Google Play landing in China in recent days, the industry is bound to focus on whether Google could completely change the current pattern of the domestic android distribution market, after all, Google Play take is 3: 7 into more conducive to domestic publishers and CP.

Question 1: Where the user to handset makers to install or not install Google Play??

No amount of user application store even if another big backing is false, which precedents in the Chinese market, after China had followed the Amazon Kindle Amazon store on sale of China into the Chinese market, Amazon was also taken 3: 7 into, but Because there is no valid user base quickly out of sight of the domestic game industry people.

So google by what means to ensure that they have the amount of it? Google actually well prepared that in order to successfully launch 2007 google android formed a group called the Open Mobile Alliance (Open Handset Alliance organization, now the organization has reached more than 80 member companies , of which China Mobile, China Unicom, Telecom is a member of the unit, while the Chinese mobile phone manufacturers as, ZTE, Lenovo, OPPO, Haier has joined the organization.

The alliance of the leading mobile phone manufacturers such as Samsung, in the production of android phone must sign 'Mobile Application Distribution Agreement' (Mobile Application Distribution Agreement with Google, the agreement, to be pre-installed Google applications ten balance in the device, Google searches to be set as the default search engine, Google search and Google Play needs appear in the main screen, and the display operation of other Google applications up to simply slide a screen.

Viewed from above, which is a King terms, it will be appreciated, join the organization's domestic mobile phone manufacturers application store has accumulated a number of users, but lost to google what? From previous news reports of view, google now Policy makers took the stage to subsidies provided $ 1 per handset preloaded fee, but operating income compared to mobile phone manufacturers own application store, google preinstalled fee is very limited appeal.

So if the mobile phone manufacturers are not preinstalled google play, take on google uncooperative attitude of what will happen in 2012 occurred, Ali cloud OS phone is google ordered a halt to the event worth considering, google the reason why there is anger Ali cloud OS 3:00:? Ali changes to Android, and does not admit that Android, Android applications can not be completely well on compatible Android camp will likely lead to division, Ali cloud app store has a lot of pirated applications. To put it bluntly, is 'google do not listen to the words of Ali.'

Reporters that if returned to China's core interests damaged google, google does not rule out a similar way Ali cloud OS events, fierce express their demands, while the domestic mobile phone manufacturers had better tangled up, because once the google conflict will be affected not just the Chinese market, but also overseas.

Question 2: google play store after entering China with the existing competition or cooperation?

Foreigner foreigner rule, while China has China's national conditions, if the brightest mobile phone manufacturers in the request to install the google google play, whether on the high positive long-term worry google it? Definitely not.

If you google his own separate ways into the domestic application store opposite, or who they think is the greatest enemy, then wait for google app store will be a long and bitter street fighting in the field, or by a group of Chinese companies and gang fights.

In the reporter seems, google in China without a mobile phone hardware sales will cause a lot of its own brand of passive situation, such as mobile phone manufacturers can be installed, but once into the next line phone sales channels, and even Internet channels, these sales agents as well as 'brush' This clearance can be removed google play, the easiest way is the first vendor to close google play preloaded fee, then google for the money in the form of promotion fees to the agents allowed to destroy the google play, then kicked the responsibility to the user, a very simple trick to let google tears.

Many European and American companies are despised preloaded hardware sales channels, Brush trick, but never in the pre-BAT eyes are a fundamental and strategic work, then do not google earth gas will decide whether there is a long-term battle of endurance.

Question 3: Why Chinese users use google play without selecting the other stores?

According to Tencent statistics, currently there are nearly 50% of android users to install two, or two or more application store, store multiple applications to coexist on the phone is not uncommon .google return to China is the first step to play To become a candidate at least Android users to download the application, and then became the first options.

To become the preferred application store is in front of the user who is more understanding than the needs of users. There is a great difference compared to iOS more simple and similar ecological overseas markets, the domestic android market and overseas because domestic channels between each other is not there is no real moat, at the store functions, operators pursue the means described as extreme. Although we can not say google, relies entirely on Apple as 'algorithm + Editor's Choice' in the list of presentation is poor, but at least on the domestic android market, This application stores operating rules abroad has significantly lagged behind the actual situation of Chinese market.

A few simple examples, such as domestic stores play very turn of media applications recommendation, Raiders, appointments, envelopes, lottery, traffic-free downloads, social distribution, and so there is no way google abroad, and these very Chinese characteristics google is to learn it the way they operate or not to learn?

Meanwhile, some of the bad habits of the Chinese market, such as self-recharge, union rebate promotion means, google if you do not like, it is easy because of the price and the player welfare factors Backward other applications store, if strict compliance with routine operations overseas google play, google play Chinese Version android market users will be the welfare of the worst shops.

Question 4: How to get a good game, operators developer community store automation may not be suitable for Chinese Android market?

For the game content developers, publishers, the current domestic market because android divided than low, certainly is welcome google play the first time landing in China, if the amount of google users can solve this problem, then the next step faces The challenge is how to work with the Chinese developers.

If you google appstore take with the same 'black cassette' cooperation mechanism in the Chinese market, mainly by high-ranking advertising and promotion buy volume, while the recommended position with the flow tendency of large resources, and well-known game developers, and even overseas markets as another example, The main recommendation in Europe and America produced the game, you can foresee google play in China will encounter the problem is appstore, de Chinese android ecology.

At this stage, although the country has a number of large-scale release to independent game company, but the market there is still no money to buy a lot of advertising, relying on small CP android channels only recommend viable, especially leisure, especially in the field of chess game If google can not ground gas, take a look at the status quo appstore will know, then the future will lead the Chinese market is more compressed hand leisure travel, independent game, chess game of living space, although the 'Black Box' of automation is fair , but to be fair based on the part of the user that there needs over death should exist hand travel products, it is unreasonable.

In the reporter seems, google play China for a long-term survival after landing and get the phone's identity, developers and users alike, the most taboo is telling their own stories and direct copy European and American standards. Indeed, android global ecological indeed is google build, but in the sense of presence in the Chinese market, google mobile distribution market is still limited to the android operating system.

In these five years, google left China, China's mobile Internet is to be understood by way of non-growth google, google play if you want to play the role of revolutionaries in China distribution market is not realistic, it is to become the preferred way to improve the domestic benign catalyst android market, the depth of the Chinese market awareness and self-determination is the change google play the rules of survival.