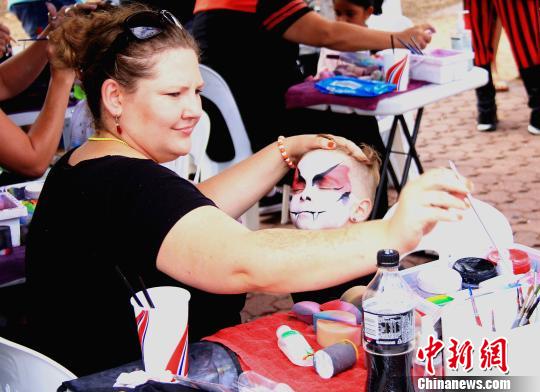 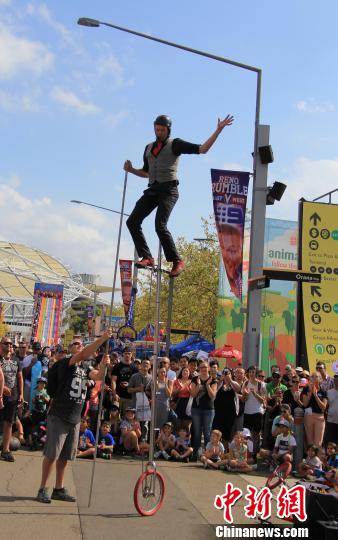 As the most important festival in Western - the arrival of Easter, Sydney also launched a two-week Easter Carnival Carnival from March 17 until March 30, will meet the Sydney Olympic Park. visitors, from around the world, animal, agricultural products as well as very interesting interactive activities to show throughout Australia beautiful ecology.

27 is the first Sunday after the full moon spring equinox in the northern hemisphere, Australia is the official starting date of Easter. On this day, the entire Olympic Park ushered in a flood of people, reaching Easter Carnival carnival climax.

The event area is divided into three parts, the first is to demonstrate the various types of animal husbandry and agricultural products fresh pavilion area, and is located in the center of the stadium competitions, and finally with a variety of rides carnival playground. Part three the perfect Australian agro-ecological and recreational its national competitive spirit of fun and entertainment together, with family and friends to celebrate the holiday in a great place. 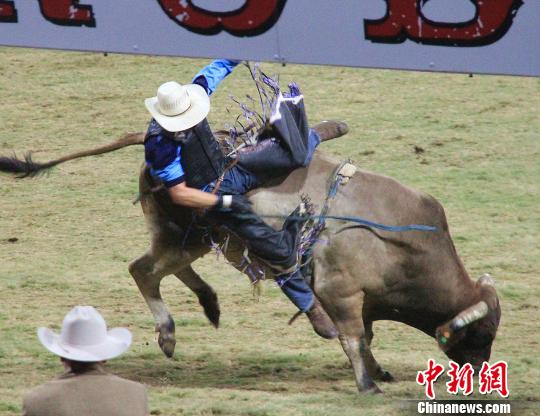 Animal is the protagonist of the carnival, every year nearly 14,000 animals, 4,000 kinds of birds involved in the carnival. Park along marked 'animal path' the way forward, you can see the Museum of poultry, sheep museum, horse museum, museum cows, pigs Hall, dogs, and even in Chinese netizens call 'animal' - alpaca pavilions among these venues, you can not only inside and close contact with animals, you can also watch the process of farmer shearing, milking method and experience the feeling of riding. of particular interest is in the poultry pavilion will elect a 'beauty queen' Every year, you can receive a vote in the stadium entrance tickets for your favorite then 'players' cast a valuable vote, then vote the winner will participate in the exhibition after each carnival.

'Animal trail' at the end, it is the whole of Sydney's largest Woolworths Fresh Market. Here each representing a different area of the top achievements of agriculture and agricultural products in different parts of Australia, you can eat the freshest oysters along the coast you can also drink northwestern Australia sweetest fruit juice. many visitors sat on the carpet in the venue to experience the all-Australian fresh food.

Carnival Stadium, home to the logging season, whiplash races and rodeo events and other Australian traditional entertainment. Tonight's game is the theme of the state of New South Wales against Queensland Cowboys Cowboys, after riding, capture cattle, bull riding three series of the competition, the final new South Wales won the Easter tournament victory for the series to draw a satisfactory conclusion.

Sydney Royal Easter Carnival is organized by the Sydney Royal Agricultural Society of New South Wales, from the beginning of 1823, now has nearly two hundred years of history. According to organizers, especially the British Queen Victoria granted the 'Royal' in the naming rights to use this event It is a genuine 'royal activities' tour attracts nearly one million visitors from around the world.

The game ends when the sun had set, and may belong to the children's carnival has just begun, the Ferris wheel lights lit up the Olympic Park, the entire western sky in the children's playground everywhere screams and cheers. this event will continue until 21:30, and finally ended in brilliant fireworks. (end)