Why you play the game?

FC holds a child playing with a handle << >> Super Mario, jump when will unconsciously tilted toward the jump, my friends always laugh and say, 'Your body to the dim side, not jump over! 'Today, you may have can take VR equipment in the game world and fighting with partners, this time as you avoid scenes, turn, seems to have a' theory 'the same.

With the end of the show a few, it is easy to find, pan-entertainment, VR and other domestic game industry has become a hot spot this year, more and more segments of the market and more accurate positioning players in the overall development of the game industry, many possibilities still exist. this year has been called the first year of VR, not just the players, manufacturers are no longer satisfied with the simple form of the face of a single screen. more interactive, immersive experience, contributed VR fiery .Oculus Rift, PSVR and HTC Vive unveiled at GDC also let everyone's expectations for VR increased a lot.

About VR games in Baidu can be the result of the seizure of nearly 3 million, we explore how to greet the arrival of the VR game, but for VR game, most people stay on the sidelines. One is unable to confirm whether the device is mature, the second is to interact with the game experience adaptive questioning, finally, is the lack of domestic VR content, price is too low.

VR games, for a lot of people still very new vocabulary, for many practitioners, but the game may already be part of the plan. Today domestic VR games may not mature enough, but as has a 'possibility 'as a new form, but also enough to make many people it takes effort.

Many manufacturers have joined the creative content among VR, under the boom, more and more the voice of doubt.

But this one, there are pieces of it was very heart-warming thing. There is such a small group, with four days, creating a stage for a girl. With their VR games.

'Almost time last Tuesday, my friend (net enthusiastic to find me and asked if I did not have time to develop a game together, to do in four days, to be completed before Saturday, because on Saturday he would go to see his enthusiasm niece, when I asked why so anxious not to postpone next week, enthusiastic told me his little niece's condition, the little girl suffering from congenital heart disease, but also born without a left lobe, so the heart can only rely on blood vessels suspended significant, the doctor said child live a few years, but still wait until the age of twelve, but poor health every day, listening enthusiastically say that life may be close to the end. the little girl who is very smart, able to self-Japanese, write novels I also loved the second element, like singing, LOVELIVE is her idol, and idols can listen zeal was her dream to sing together, but due to health reasons can not go to Japan, so enthusiastic wanted to do a VR game to help her realize this dream .

Since I usually have to go to work, I feel not enough time to develop, in the circle of friends I made some screenshots and enthusiastic dialogue, so that some game developers friends know about it, then there are a lot of friends private letter to me and asked me What can help, it really touched me, these friends were doing art, program planning has probably learn skills after you pulled inside a group to discuss it together. '

Fair play to you contact people when he wrote what happened. After actually very simple, a group of partners who love the game and want to come up with their own strengths, to do a game for girls round a dream.

The development site is enthusiastic about school, some friends because of their own reasons, not to develop the site and do some remote support, several friends also opened overnight. 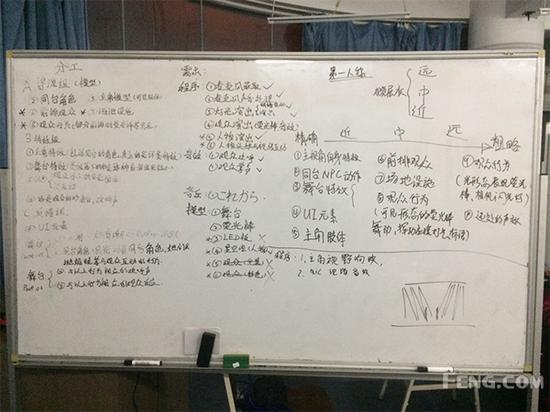 From the development of the division of labor is evident, they mainly want the device by means of VR, a virtual reality arena scene by MIC external linkage, to show 'love and idol standing together on stage to sing' This complete scene Interactive feedback role, perspective transformation, venues and facilities, the audience, and they finished in four days they want to show the stage as possible. 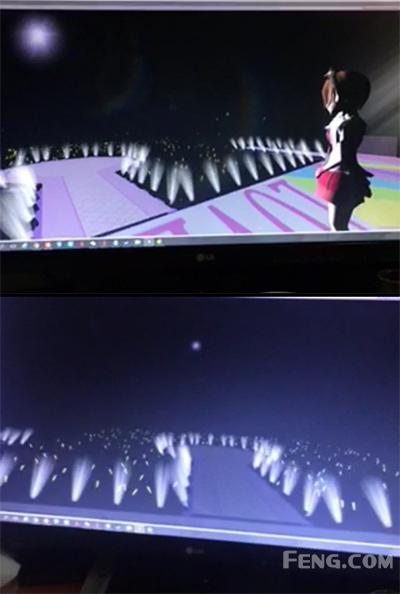 The self-organized against pieced together a small group of 17 people, with four days, perhaps it can not make a fine, but meaningful work. It is not a public works, no fancy gimmicks, it is simple show a little girl's dream. just as we handle a child according to imagine 'If I can brave and the same, that I can buy a few levels of weapons and equipment store? I can defeat the ultimate BOSS do?'

March 19, just before they took this departure also works to modify the girl's home, let her experience the dream scene, she and her favorite idol, together, stand together on stage to sing, and the audience, for her audience should aid.

They each have their own work life, people in different cities of the game, to play their own power use this short time to do a VR works. It sounds too chicken soup, but under the same market, complain, attacked the sick industry, fame and fortune, but also as efforts toward Dream Game to people.

Back to the old saying, and why you play the game?

For fun, for pleasure time.

To experience the game, is that daily life can not be experienced as a form of entertainment, the game's charm than expected, huge, whether it is playing a game Ye Hao, play games or, as long as the game-related and once known as ' duties, 'but of the open market for the game industry has become a potential industry. in the context of the overall development of the industry, who holds FC handle children have grown up, they have more choices, allowing them to enter the gaming industry and the development of VR, but also to many of our childhood fantasies become a reality.

For the domestic gaming industry, with too many people 'do not emit unpleasant' feelings, but essentially the game is a kind of entertainment, the game does not need to change anything, VR brought about by nothing more than to make your entertainment becomes even more interesting, appealing, make your childhood fantasies from a little closer. and there are more games in each game maker, small factories, or independence among the team, for their struggle Dream game.

In the game market is gradually settling down times for VR game, we should probably expect more point.

80 years after the child, grew up mostly accompanied by game, which is part of everyday life, has become in the future may be with us for a long time entertainment. Hope the fun game, make everyone like a child the same. the past does not face barriers, shouted out, 'I try again, try again went to sleep,' while urging the mother behind, you turn off the TV, looking forward to tomorrow's game time.