October 9, Dongying public Wang went to the bank to withdraw money, but found himself three months full pay more than 12,000 yuan was transferred away. Wang reported to the police, and then learned that 14-year-old son to buy games and equipment to his bank card brushing up.

Binhai Public Security Bureau police east coast briefed reporters recently occurred in this case. Around October 9 15:00 pm, Mr. Wang, who lives in Dongying District of bank outlets to withdraw money, found that this has been credited three months wages 12,000 Multivariate all been transferred Mr. Wang surprise, the police immediately, receiving the alarm east coast of the Public Security Bureau of Economic Investigation Brigade police retrieved Wang consumption records from the bank found that since September 26, Mr. Wang's bank card was baffling transferred out multiple payments, from the beginning of 9.5 yuan, 95 yuan, 380 yuan up 2,850 yuan, which is 95 yuan more than the pen transfers, a total of 12,047.5 yuan. police for further investigation found that online consumer money transfer are deducted Go a network game virtual goods trading platform, so the police reminded Wang: 'The home is not someone playing online games?' Wang suddenly woke up: 'Eighty per cent of this bear children dry, if indeed he was, I do not call the police! ' 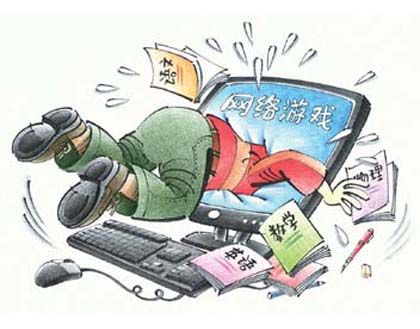 20:00 that night, the police telephone interviews Mr. Wang, Mr. Wang said that this is indeed more than 12,000 yuan by playing his 14-year-old son brushing a mobile game. Wang has two smart phones, taking into account the child junior high school, as with the students to facilitate the exchange of learning, which put a cell phone gave him, to see him often holding the phone to play games no big care. However, the son was getting addicted to the game, in order to be more powerful in the virtual game, constantly recharge buy games Equip ran after his son's pocket money, and secretly brought his father's bank card and ID card, follow the prompts to enter the game inside the bank card number, the head of the household name, ID number and phone number, according to the verification code received opening the 'fast pay.' 'fast pay' does not require bank password to recharge, and on the remind message bank card, also by children secretly deleted.

Wang serious criticism of his own son, but so did a three-month wage. Police remind parents, and now smart phones have quick payment capabilities, but confidentiality is not very good, enter the phone verification code can be charged, so lending Mobile should pay special attention in order to avoid unnecessary losses.