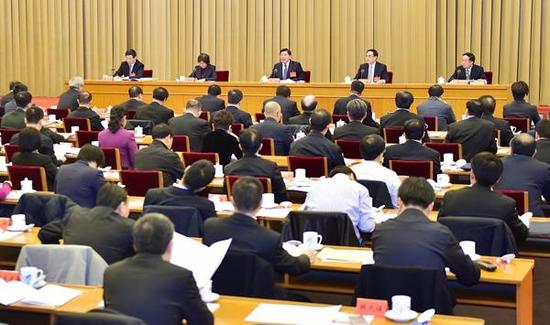 The meeting noted that the party's 18 years, the general secretary Xi Jinping delivered a series of important speeches, systematically expounded a series of major theoretical and practical issues of development and governance of trouble off the Internet, and proposed a series of new ideas and new viewpoints, and new conclusions, depicting grand blueprint for the construction of the network power.

In group discussions, it was agreed that the network is Xi Jinping, general secretary of strategic thinking powers of governance of an important part of thinking, scientific answer to a series of major theoretical and practical issues of development and governance of the Internet, is a network of socialism with Chinese characteristics rule scientific summary and theoretical sublimation Road, is to do the work of the network channel guidelines and basic follow.

Everyone agreed that Comrade Yunshan, odd Celebrex important speech profound analysis of the current situation facing the propaganda and ideological work, to further clarify the objectives and tasks of the year, especially for network propaganda put forward new and higher requirements, we are encouraged by , energy is greater.

The meeting called for this year's focus on the following work: Deepening Xi Jinping as general secretary of the CPC Central Committee and the new concept of governance new ideas and new strategies and new practices of online publicity, so that the party's theoretical innovation and practical achievements become cyberspace high the main tone, theme. around the center, serving the overall situation, increase online positive publicity efforts to create a comprehensive well-off winning atmosphere of public opinion. full play the main role in the site, the network of social organizations, users, etc., to achieve comprehensive management of multi-facilities strategy. Promoting the rule of law in cyberspace oriented, focused sound and comprehensive legal system in cyberspace. advocated by China, China to lead the global network management system program changes.