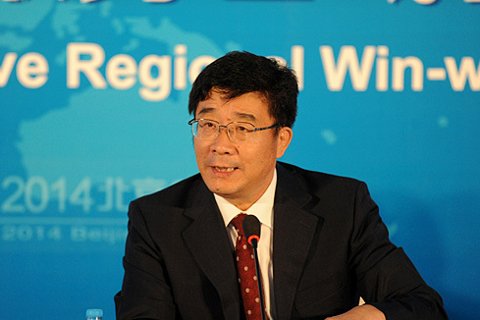 Earlier, Chen Yulu has been transferred to People's Bank of China Deputy Governor, and was removed from the post of president of Renmin University of China.

Renmin University of China is known as the founder of New China's first new regular university, before Liu Wei, have been ushered in seven principals, since after the third president, the former State Economic Commission Yuan Baohua, four principals were any NPC NPC long-term study, work, and in addition to the fifth president Li Wenhai Department historian, the other three president Huang, Ji, Chen Yulu were FINANCE disciplines, Huang Chen Yulu or students.

Liu is China's well-known economist, but no NPC study, work background, this year has been 58 years, the Ministry of Education and the Chinese Communist Party Group << Several Opinions on Further Strengthening the building of leading bodies of colleges and universities directly under the >> provisions, included in the central Party secretary and principal when managing Beginning, is promoted working age is just generally not more than 58 years old.

In addition to Liu Wei, the North had also been promoted to a leadership elite outside the school, 'number one', he is the former party deputy secretary of Beijing University, vice president Zhang Yan. November 2014, 45-year-old Zhang Yan served as party secretary of Xiamen University (Deputy Ministerial).