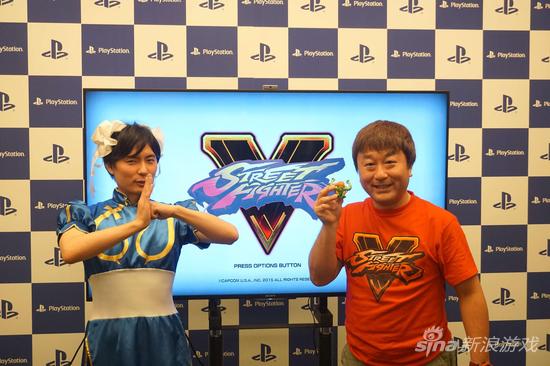 In the very beginning of the interview, Ayano Chi chapter begins for the new role Karin made a simple explanation, and then re-detailed explanation of the game for the players three core systems: V-Skill, V-Trigger and V-Reversal.

V-Skill: each character has a different V-Skill moves, moves performance is also somewhat different red gas tank after using the V-Skill will begin to accumulate the lower left corner.

V-Trigger: After V-Skill gas tank full grid will be able to open the V-Trigger, moves after the performance of the role will be strengthened open, shape is also likely to change, highlights the role of personality after the open V-Skill gas tank. will all be spent.

V-Reversal: consumption lower left corner of the blue gas tank, used once consumed a lattice gas, or for defensive back than the enemy attack. 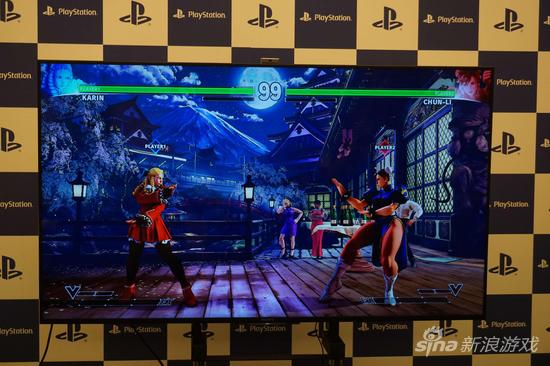 On the other hand each character's V-Skill gas tank is different, such as Balrog (fork gas tank only two cells, Necalli there are three bars .Critical Arts is equivalent to the game's over kill, will once consumed all the blue gas tank.

Game three in a V to the naming system will become the core of the game, I want to beat the other players, a good understanding of the three systems and ease of use to the winning mastery. 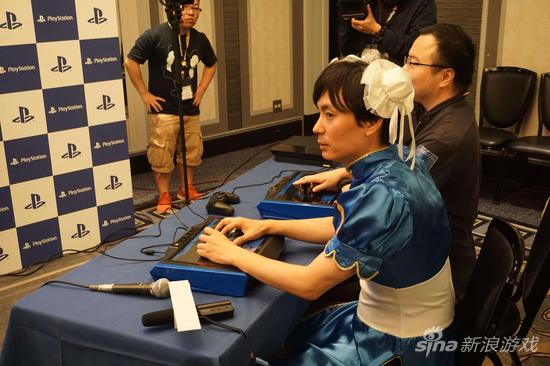 After the live presentation, question and answer part of that producer, Yoshinori Ono was always humor:

Q added role in the Middle East << >> Street Fighter 5 is not with << 7 >> Tekken producer of the original Tiansheng Hong discuss good?

A quasi-ah ...... that's a bit new role at the time, published last week, a lot of people concerned about this issue. You know I told Harada very good personal relationship, often discuss fighting game. Harada visited the Arab region in the Middle East After that there is also very flourishing fighting game, whether it is << >> Tekken or Street Fighter << >> there are a lot of people playing. That we are not the players but also for the Middle East to do something? In fact, I told Harada think of a point in time to join the Middle East and the role of the same, just 7 >> << launched the first Tekken. Tekken >> << also with the production team to communicate role in the design of the time, to avoid a collision.

Q Karin war role today announced what made you decide to let her return?

A Mika and Karin are resurrected from the role ZERO series, but the resurrection of the reason is different .Mika purely I (Yoshinori Ono's selfish, I really like this role. Before when I wanted Mika resurrection, but Country group deaf ears to me. So this time I told the staff responsible for the role, says Mika add to the mix if I give you a raise, so he joined. As Karin is the player most want to revive the role of the survey first bit, try to make the development appear Karin << >> Street Fighter 5 years, after the test also found it appropriate. 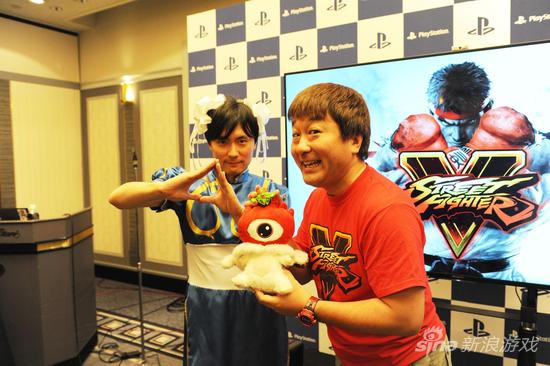 Q 5 generations after the launch of the fourth generation will exist long continued?

A << >> Street Fighter fighting game players with other players a little different, << >> Tekken series out of work after the new collective players will migrate, but << Street Fighter >> to now each generation has a lot of loyal players We will consider each group will be launched to support .2 generation of heavy plate, the third generation to join the network war, ZERO series has no new trends currently 4th generation arcade version still operating, although after five generations will no longer support Release The so rich, but will always stick to it.

Q << >> whether it can support the Street Fighter 5 PS3 arcade stick?

A PS4 before the ultimate version of Street Fighter 4 >> << PS3 joystick is capable of supporting the development of the PS3 version of the game because, based on the 5 but substituting PS4 based development, so some of the issues involved. Currently still in discussions with the SCE , we did take into account this point, only so much of the (text:. Okami