Almost every university has a backstreet, there are students who drink of 'corruption' Holy Land.

Eating, shopping, lovers quarrel ...... these students Backstreet life, all recorded by a surveillance camera down, posted online, anyone can see.

The day before yesterday afternoon, the students to Jinhua Wucheng Public Security Bureau police station new lion: Who, in the live my college life? 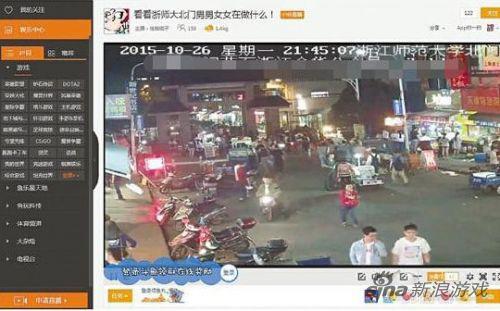 Around at 16:00 on October 25, a new police station duty Police Association lion less than receiving an alarm call.

Phone is a young man claiming to Zhejiang Normal University Students called, he said he live on video sites found channels are being broadcast outside the school in North Street.

According to the students say, live a monitor screen, is listed in the site 'outdoor TV' category, the anchor also took a not nice headline: 'Look at what men and women at the north gate of Zhejiang Normal University to do!' This He finds it too much, I feel their privacy has been violated.

The reason the police, because the students doubted whether the police security monitoring appeared in the case of information leakage.

Just on less than a cell phone installed the software, he saw, and she found the live channel north gate of Zhejiang Normal University. He will watch the situation back to the leadership, not long before, this video on the site on the withdrawal , it will stop here.

Lion said the police station, you can determine that normal security monitoring police department, no circumstances of any misappropriation leak appears.

So, this is used to monitor live, in the end who is packaged?

Most suspect that the two cameras light poles

Yesterday, the Evening News reporter outside the Zhejiang Normal University in north turn of the afternoon, the neighborhood store to ask over and over, but the bosses say, either do not have installed over surveillance or monitoring probe is only aimed at the shop.

The only camera, is on the north gate of Zhejiang Normal University, and because installed outdoors, is a cold store. The staff, ever since a shop, it loaded up the camera, and the screen is connected to the corporate headquarters. 'We certainly do not would be so boring, the monitor screen go online. '

However, the reporter observed after the front of this cold stores have awning blocking, blocking the export situation of Zhejiang Normal University North Gate, online store live images should not matter.

Finally, the reporter from the North Gate in Zhejiang Normal University to about 30 meters of a street light pole, found a most suspicious of the two monitoring probes, one south, one north. The south-facing, just from a high positive the north gate of the school, most likely sources of live webcast of the screen.

Reporters learned from the nearby businesses, the two surveillance has been installed for a long time, the village is likely to be high due to security considerations installation. 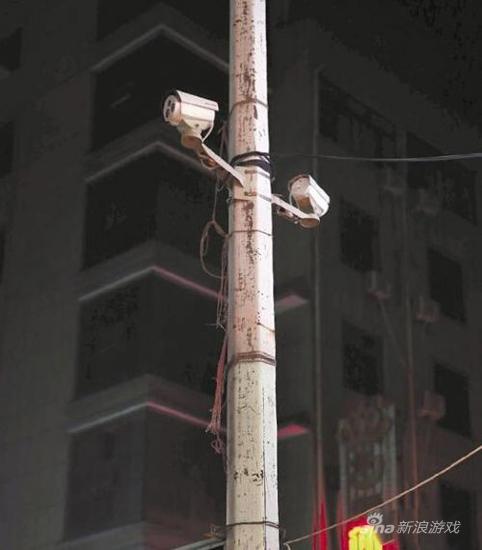 9 o'clock last night, the north gate live on the site has begun

Reporter about the incident, from noon yesterday began a visit to several of the video sites, live outside the North about the Zhejiang Normal University are inaccessible.

However, in the search process, the reporter accidentally found on the website as well as other company, we could see the north gate of Zhejiang Normal screen TV, hits more than 180 times.

When a reporter mouse over the monitor screen, you can see exactly monitor the recording time is the moment, only two minutes delay.

Also shown after a public micro-channel number, the reporter found that the account concerned, this is a prison exploration equipment sales and service providers.

By yesterday, more than 21 o'clock, live online has begun.

Reporters saw, live popular value reached nearly 300, there are a few users to anchor the 'residual smoke riffraff' gifts, but more condemning, who still questions: how did the police find you in trouble?

In order to prove the afternoon to find suspicious surveillance is live camera, press before, the reporter's colleagues once again to the north gate specially Zhejiang Normal University, points to the next Flanagan lampposts.

Sure enough, in the office waiting for the reporter in the online live picture, I saw a colleague waving at lampposts figure.

There are problems of monitoring probes found, but in the end who spread these videos online? And what to do with it? Reporter yesterday contacted the new lion police station, police Zhou Jun promised to look at the scene as soon as possible.